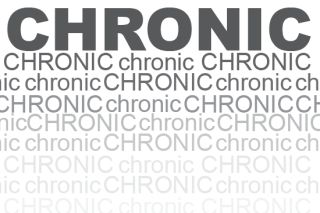 I don’t watch any of the Housewives TV shows but  I know there is a woman on one of the shows that is fighting Lyme Disease.  Recently, while scanning People magazine, I read that her former step daughters made a comment that “if she could do a reality show, she is obviously not dying”.  The hair on the back of my neck stood straight up.  I don’t know anything about the woman named Yolanda, so I read up and saw how many treatments she tried and how her cast mates all doubted that she was really sick.  I know it so well.  The judgment, the questions, the lack of understanding.  It’s part and parcel of living the chronic life.
The step daughter’s statement infuriated me.  The statements Yolanda’s cast mates infuriated me.  Why?  Because although I do not have Lyme disease, I do live with chronic illness.  I live with people questioning why one day I can walk normally and the next day I can’t.  Lyme disease like autoimmune arthritis is one of the “But you don’t look sick” diseases.  So although I do not watch the show, I can assume Yolanda chose to do it even with an illness because she still wants to live her life on her terms….and good for her!  Too bad people just don’t get it.

I’ve written before that I was recently in a car accident and had whiplash.  I had to wear a neck brace for a long time (as per physician and physical therapist orders).  Questions, statements, and even some texts made me fear that others saw me as a hypochondriac.  “I’m surprised you are still wearing that” was a frequent statement.  I know the facts but it still crushes me when instead of asking me why I had to wear the collar for so long, people just assumed or judged me.  It may not have been their intent, but I felt that way all the same.  Why?  Because it’s been my life for the past 15 years to be doubted, judged and ignored because I have a chronic illness.

Life would be so much easier if I wore a sign over my head that said, “In intense pain today, please be patient.” or “Today’s a good day, so I’m going to do more than usual even though I will pay for it tomorrow.” or “My disease is making my recovery just a little bit harder.  Be patient with me.”  It’s no one’s fault.  It’s just the unfortunateness of my reality.

I recently took on some things professionally that are probably going to put me in way over my head. I know I don’t need the added stress on my emotions or body, but I’ve never been one to turn down a good opportunity.  Just today, my father asked if I was taking on too much.  I replied ‘Of course’. Is it the smartest thing for me to do?  No, but I refuse to let my disease have total control of my life.  I’ll find ways to balance my energy and struggle through flares like always, but I refuse to stop living my life on my terms.  Like Yolanda on the Real Housewives, I might not be dying but that doesn’t mean I am not struggling with living.  In saying this, I know I am lucky because  a) I am still able to have the opportunities presented to me and b) I can still physically get by.  I am aware that many others are not so fortunate and that I may get to that point some day.  Until then, I won’t sit still.  I may limp, but I won’t sit still.

From the outside, it looks like I am healthy because I work a lot and have a lot of organizations that I am involved with professionally and personally.  Sadly, many days, I am not healthy enough.  That is my reality and it causes a lot of confusion among those who know me.  I’m sure Yolanda experienced the same thing doing her reality show.  While the naysayers who criticized her will go on ignorantly making judgments that influence the pubic to treat those with chronic illness in negative ways.  It’s a shame and it will continue.  I may have a small voice, but joined with others who advocate for the #chroniclife #spoonies #rheum communities, our voice will be heard.